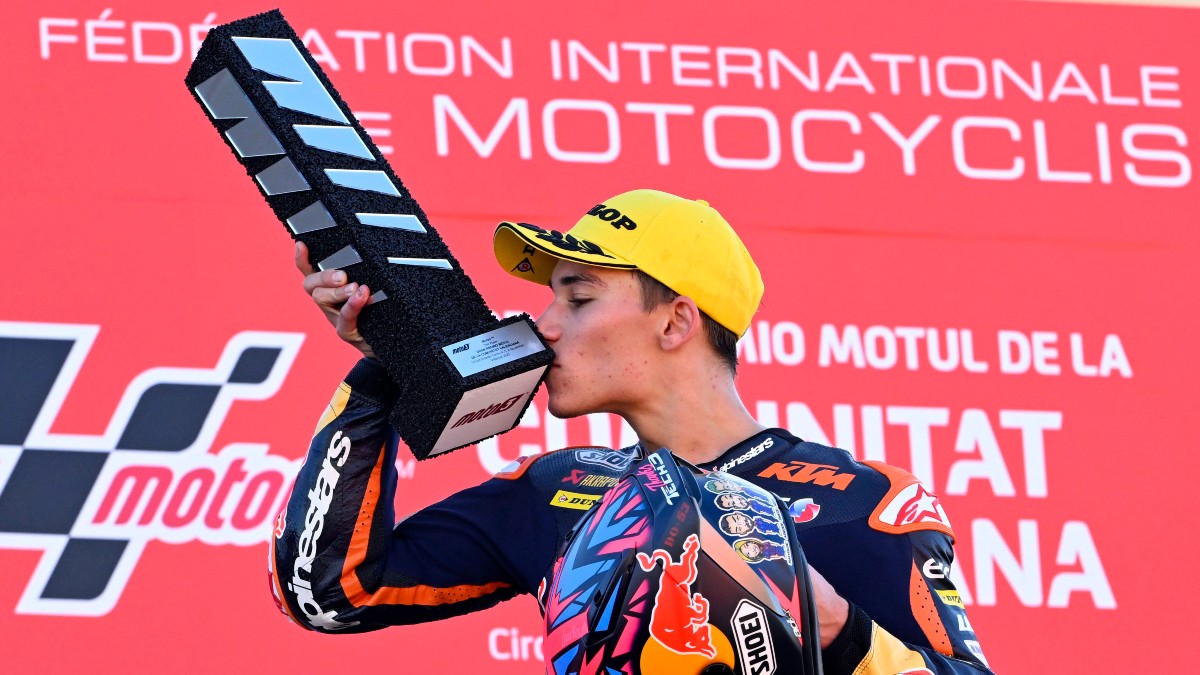 Red Bull KTM Tech3 saw the 2022 season coming to an end today at the Gran Premio de la Comunitat Valenciana. It was an extremely emotional day as both Deniz Oncu and Adrian Fernandez were racing for the last time with the team before flying to new horizons next year.

Turkish Deniz Oncu was starting from the front row in P2 and had his eyes set on the win to close his three year-journey with Red Bull KTM Tech3. When the lights went out, he took a great start and quickly made the gap with the other riders, together with newly crowned champion Izan Guevara. Both showed an incredible race pace during the twenty-three final laps of 2022, with Deniz Oncu registering the new fastest race lap in 1’38.790. He pushed until the end and we all thought that the dream of winning would come true until the final corner, but Guevara got the best and left Oncu seeing the chequered flag in second, only 0.062 seconds too late. After three years, four podiums, six front row starts including four pole positions, a fifth place in the championship and two hundred points this year, a lot of laughs but also cries, Deniz Oncu’s adventure with the Tech3 family comes to an end. It has been a pleasure, and the entire Red Bull KTM Tech3 family wishes him the best for the future.

Adrian Fernandez also finished his adventure with a bang today after an incredible comeback from P24 all the way to P6. Within four laps, he had already made his way to the sixteenth place before continuing his ascension towards the leading group. After a few strong overtakes, he made his entrance to the top 10 with ten laps to go. Eager for more, the Spaniard gave an extra push and finished his final race of the season in P6, his second best result of the 2022 campaign, at the end of which he ranked twentieth, with fifty-one points. The entire team also wishes the best to Adrian for his future, as we hope to see him again in the paddock.

That’s a wrap for 2022 as Red Bull KTM Tech3 closes this chapter fifth in the Team World Championship, with a total of 251 points, the best result of the team since its creation in 2020. We will be back next year, for many more stories to be written.

It was the last race of 2022, but most importantly the final one with my Tech3 family, with whom I have been for three years. I am really proud of what we have achieved together, and they helped me a lot to become the rider I am. Of course today, all I wanted was to win. I gave all I could until the end, but in the last corner I went too deep and lost the lead in the final straight. However, it is nice to be finishing this chapter with a second place, and seeing everyone with a smile on their face is all I could ask for. Thank you to every single member of this team, it has been an amazing three year-journey, and I will keep it in my heart forever.

I felt good on the bike from the first lap of the race today. Starting from P24 was not ideal, but I had a really good pace and overtook riders progressively and I finished in P6 for my last race of the season. I would like to say a big thank you to my whole team for this season, it was a really good year for me.