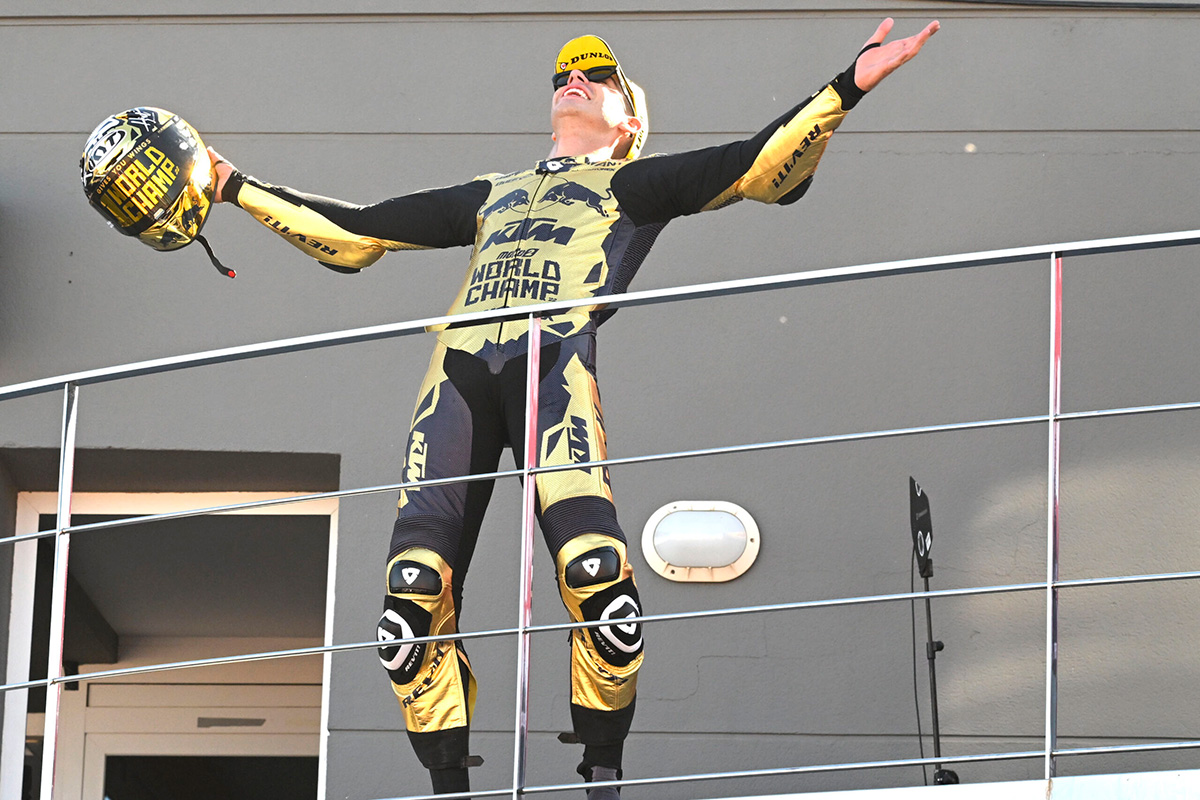 Red Bull KTM Ajo Moto2 team finished the 2022 season in the best possible way, as Augusto Fernandez was crowned Moto2 World Champion after finishing the Valencia Grand Prix in second place, behind teammate Pedro Acosta who was Rookie of the Year. The results this year also enabled Aki Ajo’s structure to retain the title of Team World Champions.

Augusto Fernandez started the race from the front row. After dropping places at the start, the Red Bull KTM Ajo Moto2 rider rode an intelligent race and gradually recovered positions. Fernandez was able to reach the podium spots and secure the result he needed, crossing the finish line in second to become the new Moto2 World Champion, with 4 victories, 9 podiums and 2 pole positions this year.

Acosta made a great start from the front row, remained in the Top 3 and fought for a great result at the final round of the year. The Red Bull KTM Ajo rider set a strong pace and showed a lot of perseverance, lap after lap. After taking the lead on the closing laps, the rookie held on to close the year with his third win of 2022. In addition, Acosta clinched the Moto2 Rookie of the Year award.

#37 AUGUSTO FERNANDEZ
“It was incredible. I want to thank the whole team, my father, my family and the entire team behind us who have made us such a fantastic group. It has been a very nice year, and also a hard one with ups and downs, but with the group that we have created, we always believed in the title. Even at times when we were very far behind, we still believed. We did an amazing job. Thank you very much to everyone: To Aki, to KTM, to Red Bull, my father and my mother.”

#51 PEDRO ACOSTA
“It was a very tough race, with a very fast pace, but we finished the season in the best way possible: I won and was Rookie of the Year. It’s been a tough season but the overall analysis is positive. Thank you very much to the team for the support and for the work they have done this year with me.”