NOT the MotoGP News: #DohaGP – One hump or two? 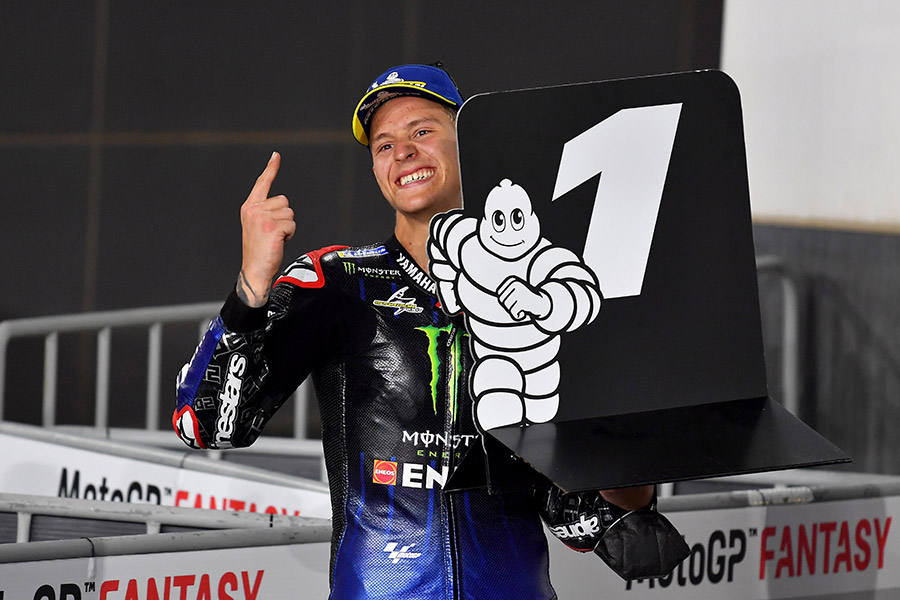 Luckily Gareth the editor has allowed us to keep this pretence up for another round, so here we are again. Like an RCV213 waiting for Marc, everyone can see us, but no one wants a go on us.

What was it called this time? Grand Prix de la Losail? Or Qatar Grand Prix Deuxième Partie? Blimey, who really cares? It’s still there in the sand sans camels and still stinking of vanity.

And just the same as last week, the Ducatis pressed go when the lights went out and well, you know. Rat. Stabbed. Fast. But this time they were Pramacs. And Jorge Martin was in the lead looking like he knew what to do and looking like he deserved it. Experts everywhere got excited. Fans got excited. We got excited! But the fan wall didn’t seem to appear this week. And that meant we felt a little let down. No matter! Jorge Martin! Leading for lap after lap.

Behind the handsome rookie a proverbial slug-fest had broken out; the Zooks showed their class and nullified their rubbish qualifying. The Yams of Viñales and Audi Quattro looked to continue Lowcrutch’s impressive input. Miller and Baggy made sure Marlboro’s investment was on TV. Even Aleix’s ‘Prilly was in third for a short while at the start. You, dear readers can tell though, can’t you? N’er a mention of Honda or Petronas. Hunkered in the bunker, dodging “the 19”, we too could see what both Puig in the ‘Onda garage and Razlan in the Petronas garage could see too. Nothing. Nada. Zilch. Four RCVs and two M1s were nowhere. Rossi, the sheep goat, was so far down the field he’d have struggled to beat Sam Lowes; Pol Asparagus the great HRC hope (well until Marc is back, next round) struggling a la Alex Marquez. No fun in seeing this. Morbid-deli, Bradl, Origami and Alex as well as Rossi and Pol should all be higher up and are better riders than the bikes they have. Joy? Only in imagining what Puig’s emails to Tokyo are like.

Hopefully for them, a mere aberration, but someone has to prop up the field. The factory Yams however were pulling shapes just as the Zooks were too. By lap 12 Quat was passing Aleix for 7th and a lap later Mir was lifting Miller at Turn 10. That was to be the harbinger of some serious buffeting later on the start/finish straight. But them Ducatis had some serious grunt and getting past them needed some serious manoeuvres. Post-race and Miller and Mir would get all uppity about it and the MotoGP bit of the web would natter on about it, but it was no Sepang 2015, so there you go.

Two Frenchmen were going to grab the headlines. JayZ had been in second place all race until lap 18 and Quat on his M1 scythed past. These two were humming La Marseilles and thinking of a post-race Gauloise. Or something like that. A lap later and Quat broke so many hearts (with the exception of Jorge Martin’s; he’s too calculating for that), by sliding past for the lead. The Yams’ race strategy was working better than the Zooks’; Mir and Rins just couldn’t keep ahead of the Ducatis when it mattered. Viñales would have had third or possibly second if not for running wide at Turn 1 on the penultimate lap. JayZ then delivered the killer blow to Martin (arf…) on the last lap and took second.

Champagne for a French one-two. Perfect serendipity. In a dry country. Oh well, irony is always appreciated here in the bunker.