NOT the MotoGP News: #CzechGP Brno 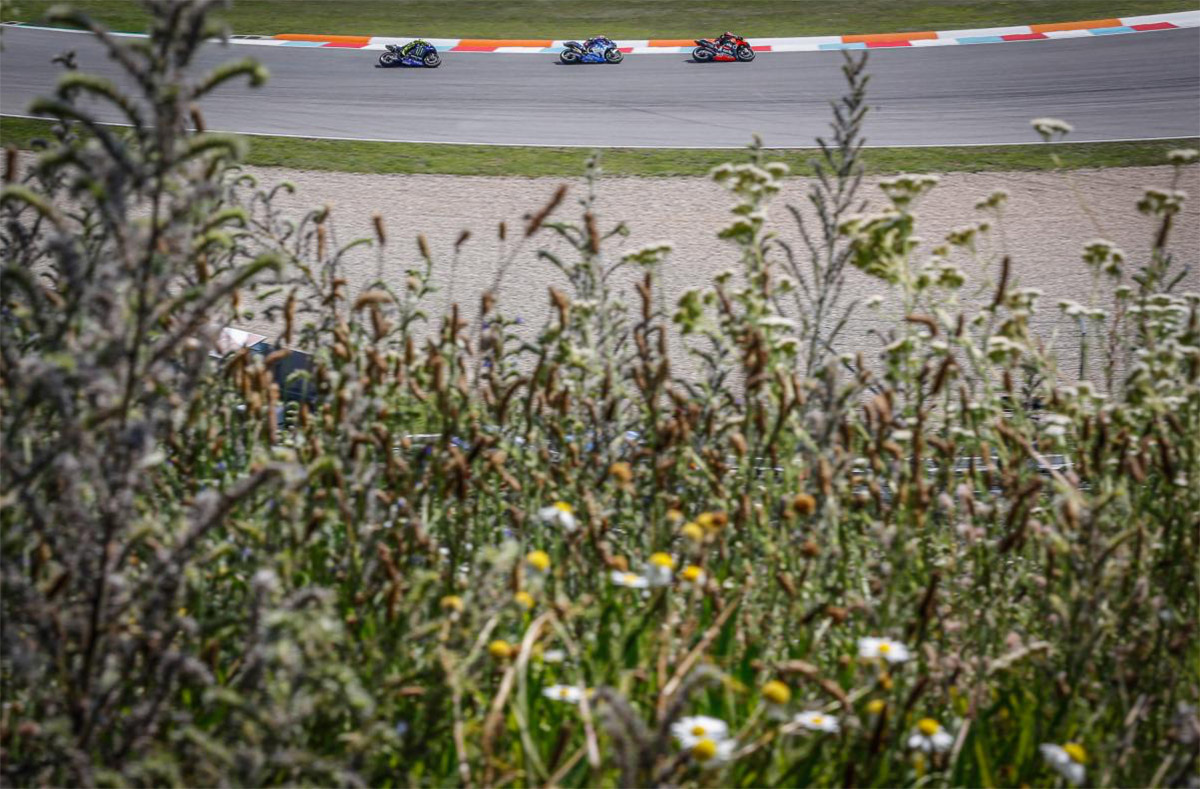 “But where do you go to Alberto
When you’re alone in your bed?
Tell me the thoughts that surround you
I want to look inside your head, yes, I do”

…Said nobody, ever. Do you think he has a Voodoo doll? Or probably quite a few now.

Brno. So slippery a certain HRC Repsol manager is twinned with it. Lots of commentators banged on about how it hasn’t been re-surfaced since 23008. It’s still one of the best tracks in the world though and we love it.

Just like a broken arm needs a plate, so Moto3 comes first. We’re now beginning to wonder how these little mites have the stamina to race so hard, so fast and so frequently. Do we know the answer? No – do we heck. All we do know is that this is the kind of entertainment we are happy to pay good, bad or totally indifferent money for.

Lap 1 and Bertie Arenas took the lead to absolutely no one’s surprise. And then tried to make a break for it. Fool. There’s no way a break on the first lap will still be intact by the chequered flag. Yes, Americans; that’s how you spell chequered!

Brno is wide. Very wide, which is good. So is the sight of 6 Moto3 riders spread out across that wide track. It lightens our hearts to see this, and so does seeing the best rider called Dennis back on the scene! We’re not sure where he’s been but seeing Dennis the Pennis back on our screens was a joy to behold.

By lap 7, John The Saltire McPhee was into 7th by lap 7, and whilst Kofler crashed out, Foggia was taking the lead. Three laps later we still had the madness of a leading group of 19 riders. What the actually heck? That was soon to be a group of 18 as leading light from the land of the riding Sun, Suzuki, crashed. Oh damn and blast. By lap 12 Masia was getting into his stride, just in time to fall four laps later. The pace was as hectic as a stampede for a face mask in a nightclub. The front four gapped McPhee for the last few laps, but no one was going to lead Dennis past that chequered flag. Brilliant ride.

As with a great amuse bouche, so follows the starter (eh? – Ed). Moto2! And Joe Roberts was on pole. Alongside fellow Brit Sam Lowes (Roberts’ parent are English, so we’re claiming him just like we did John Hopkins. Build a bridge and get over it).

The whole holeshot went to Bastianini who was basically on another planet. He may have a first name that sounds like that Irish lass who had a hit with Orinoco Flow, but boy he can ride. The next Fabio? Who knows? By the end of the first lap Basti was nearly a second ahead. And so, it came to pass. He led from start to finish. Lowes had a poor start but within a few laps had worked his way up to second and Sweet Joe tagged third as his. And they were stretched out like a government initiative on Covid-19 until the last few laps when either Basti relaxed his pace, or Lowes upped his and caught Basti; a few more laps and he could have fought for a win. Strange days indeed, most peculiar mama; the likes of Baldasari, Luthi, Bulega were all down the placings throughout the race. Dixon retired. From the race, not the series. Though come to think of it…

Next up was MotoGP obviously. And a third win for Quat what with Marc being out after a massive software malfunction (no you fool it was an actual window that broke the plate in his arm, not Microsoft – Ed). Well that’s what we all thought. As usual, we know nothing.

In fact, no one knew anything worth repeating. Zarco had pole?!?! How in heavens name did that happen? But Quat was in second place, so he’d win. Well he didn’t. But Zarco did more than anyone expected and lead the Ducatis home. Yep all race and the 2nd best Frenchman on a bike that weekend was at the pointy end.

By the second lap though the sun was glaring back off Binder’s teeth. Dazzling all ahead of him, he moved into third. A lap later and he set the fastest lap of the day. Those teeth are a thing to behold. But only from behind the safety of a welder’s mask. By lap 9, 1st and 2nd were held by the two Petronas followed by the 2 KTMs and the oldest Ducati. Here in the bunker of doom, we were waiting for news of Trump’s conversion to communism; Prince Andrew admitting he did sweat and seeing pigs fly! Yes it was that kind of day. And to make things even tastier, Pol and Zarco had a bump that saw Pol fall off and Zarco cop a long lap penalty. That’ll put him back where everyone else thought he belongs. Errrr, no. Using all the skills he learnt at negotiating the Arc de Triomphe on his Uber scooter the Frenchman took his penalty without losing a spot. Knee down an’all.

A lap earlier the Sarf Afrikan took the lead. Yes. On a KTM. Thank heavens for little boys (Dani Pedrosa you sickos). What a test rider eh Alberto? Fancy letting him go. It’s like letting the greatest Frenchman to have lived, to leave Leeds Utd for Man Utd (Eric Cantona in case you wondered). Wow – what a shakeup at the top. KTM and a three-race rookie at the front. A whole new world order? Or just a blip in the space-time continuum?

brno, czechgp, humour
Get All Our Latest News Sent Direct To Your Inbox
Follow on Social Media
Get the VROOM Podcast