NOT The MotoGP News: #PortugueseGP – “The sun’ll come out…” 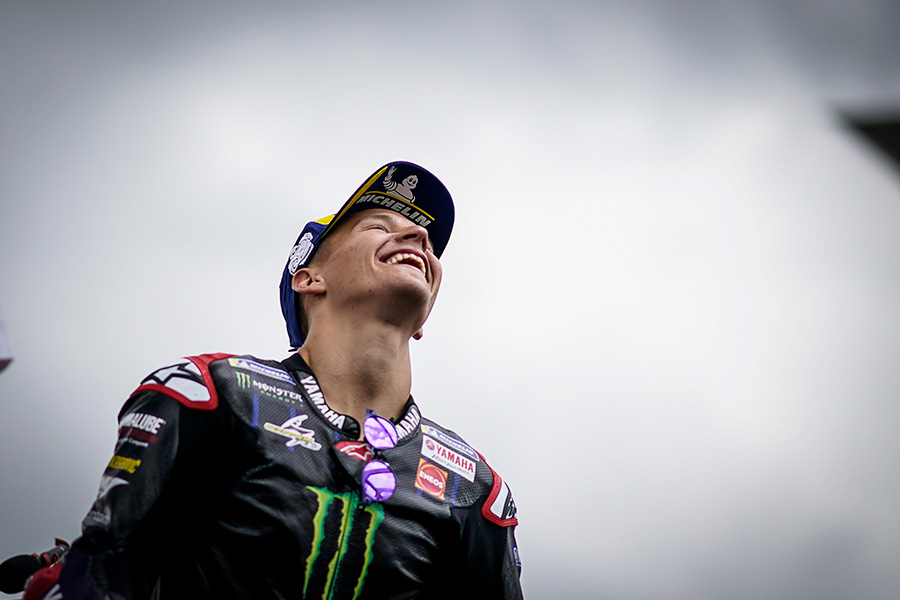 Port-U-Gal sounds like one of those 1960s America products. One of those fuel cleaning products you add to a gallon of fuel to clean your engine’s ports. Oh…. It’s a country? Next to Spain you say? With lots of sun?? Well, no actually.

For verily it did rain. A lot. Like that time at Silverstone. This meant no one got much free practice to achieve the mother of all set-ups. But the sun did shine on Sunday. That, however, didn’t really help. Well, it nearly did but there was a sudden down pour in the Moto2 race. And although we don’t like to talk about Moto2 much, if at all, there was a frightening incident caused by the rain, but mercifully everybody was just about ok. Phew.

So anyway, back to MotoGP. It was dry, but no one really had a 2022 dry set-up for Portimão, and what with bikes changing from last season, that basically meant no one had a set up. And Rins and Bagnaia were at the back of the grid. And Alex Marquez was near the front. As Gareth, our editor, said, “What the fuck is going on?”**

From the start, Mir took the lead and Quat slotted into second place like Tab A slots into Slit B. Meanwhile, the Tilbury Dock Decorator painted his way up to 10th from 21st in one lap without spilling a drop of topcoat gloss. Even more remarkable was Alex “faster brother” Marquez who was still hanging onto 5th by the end of the first lap. His bro’ Marc, who had lost a front row qualifying position for exceeding track limits, was also making like Rins by shimmering through the pack like a golden trout swimming upstream to spawn (Errrrr, wtf are you on? Or are you just trying to get into Private Eye’s Pseuds’ Corner? – Ed).

Quat took the lead on lap 4 and eased away for a comfortable victory. His teammates on the other M1s were, however, having yet another dreadful, lack lustre, crap race. Dovi was in 18th on lap 4 and Frankly Risible was 19th. It can’t last, but probably will. Darryn gets a debut season pass. Not for his hair cut though.

Aleix was throwing more shapes than Bez on acid (no, not him. The original Bez) whilst Top Bum reverted to full tank-itist. We like Mav but he’s got pull the proverbial finger out.

And whilst Zarco with his beard and mouthful of teeth continues to fly the flag for old bed wetters like us, diminutive yet handsome Martin(e) crashed and remains in 13th place in the Championship. Miller qualified well, but then slid backwards before taking Mir out at Turn 1; front end low side up the inside of Mir. No upside, just collective downside. A lap earlier Brad Binder binned her***.

Whilst we’re talking of crashers or crashing, The Beast crashed mid-race at Turn 8 and consequently surrender his Championship lead. A two-sided day for Ducati – great result for Zarco finishing second, and for Bagnaia who fought his way up from last to 8th. But Miller and Martin(e) crashed out.

And the same for Yamaha – Quat wins but the other three just failed to impress. And ditto Aprilia – Aleix in third and Mav in 10th. Suzuki will take away the most inspiration. Although only Rins finished, Mir was on top form before being taken out by Miller.

*Kali Uchis – After The Storm. Yes, you should check the track out
** He didn’t.
*** – it’s de rigueur for us to write this at least once a season

#PortugueseGP, humour
Get All Our Latest News Sent Direct To Your Inbox
Join 30,271 other subscribers.
Follow on Social Media
Get the VROOM Podcast
Download our Vroom.GP App