Espargaro on the podium with 3rd place at the #FrenchGP, 10th for Viñales 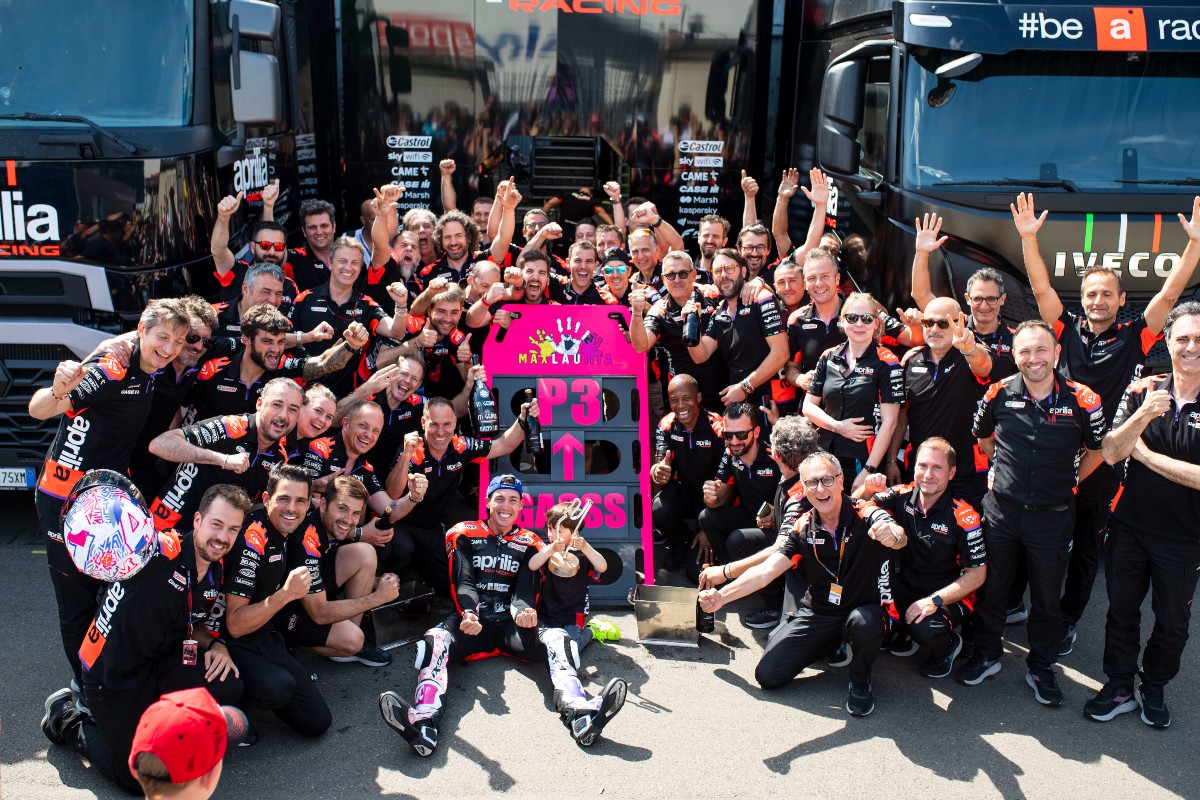 Another great performance by Espargaró and the Aprilia RS-GP arrives in Le Mans. Aleix finished third in the French GP after fending off Quartararo’s attacks. With the points this third consecutive podium finish earns him, he is now lying second in the championship, just four points behind the world champion who is leading in the overall standings. In an extremely fast-paced race which even caused a few crashes ahead of him, Aleix seemed to have the potential to battle for second place too but in the finale, he ended up having to fight for the podium and he took it with three adrenaline-charged laps where he blocked every overtaking attempt.

Now one-third of the way through the season and with three other podium finishes, Aleix and Aprilia have consolidated their role as protagonists in the championship.

Maverick Viñales paid the price for a bad start which relegated him to 24th place at the end of the first lap. From there, he began a comeback rid which took him all the way into the top ten. The tenth-place finish was certainly not one of Maverick’s goals but it is, once again, a testament to his effectiveness in the race. Qualifiers and the race start are the aspects that need to be improved in order for Maverick to also be in the top part of the finishing order.

Thanks to the points earned today by Aleix and Maverick, Aprilia Racing is first in the overall team championship standings – confirmation of the Italian team’s great progress since the first race of the 2022 season.

What we are doing is unbelievable. Even here, on a difficult track and with a less-than-perfect feeling, I managed to finish on the podium, even closing the points gap behind Fabio. My pace was good today but as soon as I got close to the rider ahead of me, managing the front end became critical, so I tried to keep up without making any mistakes. I did just that, even when Quartararo caught up with me, changing my riding style a bit to make it hard for him to overtake. It is a great result. We’re in the battle for the World Championship and it’s a privilege for me to battle with these riders and at this extremely high level.

I think this was an interesting race for us where we gathered a lot of information in anticipation of Mugello and the upcoming races. We discovered that we are not far off but, at the same time, we’ll need to make some changes to the ergonomics to keep me feeling at ease in the saddle.